Northern Lights enables the mitigation of industrial process emissions for which there is currently no scalable solution, accelerates the decarbonisation of European industry, and facilitates the removal of CO2 from the atmosphere.

We are developing an open and flexible infrastructure to transport CO2 from capture sites by ship to a terminal in western Norway for intermediate storage, before being transported by pipeline for permanent storage in a reservoir 2,600 metres under the seabed.

Our transport and storage facilities will offer safe and permanent underground storage to industries from across Europe.

Our ambition is to expand capacity by an additional 3.5 million tonnes to a total of 5 million tonnes, dependent on market demand. However, the receiving terminal, offshore pipeline, and the umbilical to the offshore template will be built to accommodate the additional volumes.

Both phases will offer flexibility to receive CO2  from European sources, in addition to the 800,000 tonnes of CO2  per year, which will come from Longship, assuming both of the initial Norwegian capture projects are realised. 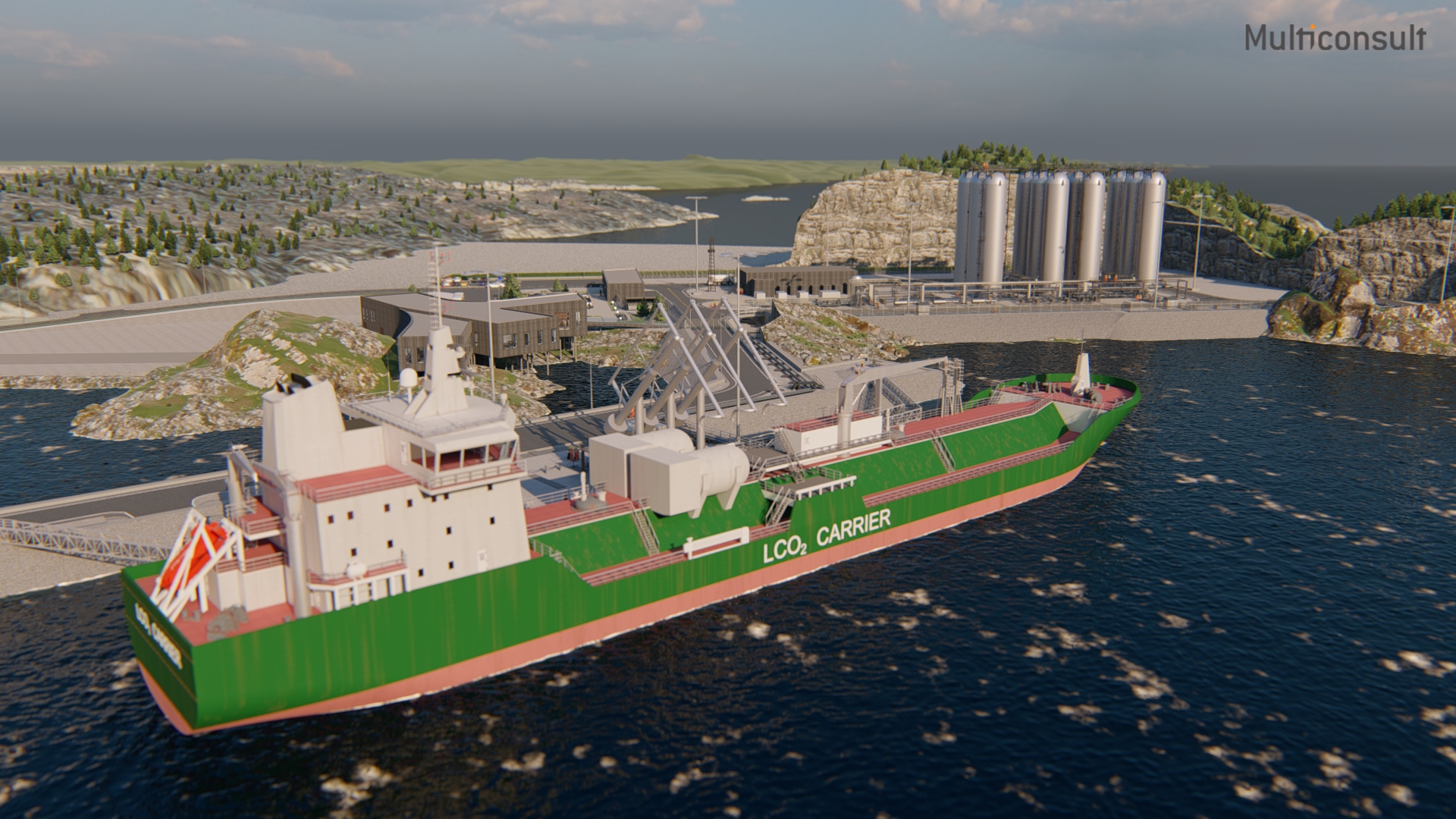 CO2 receiving terminal at the premises of Naturgassparken industrial area in the municipality of Øygarden in western Norway.